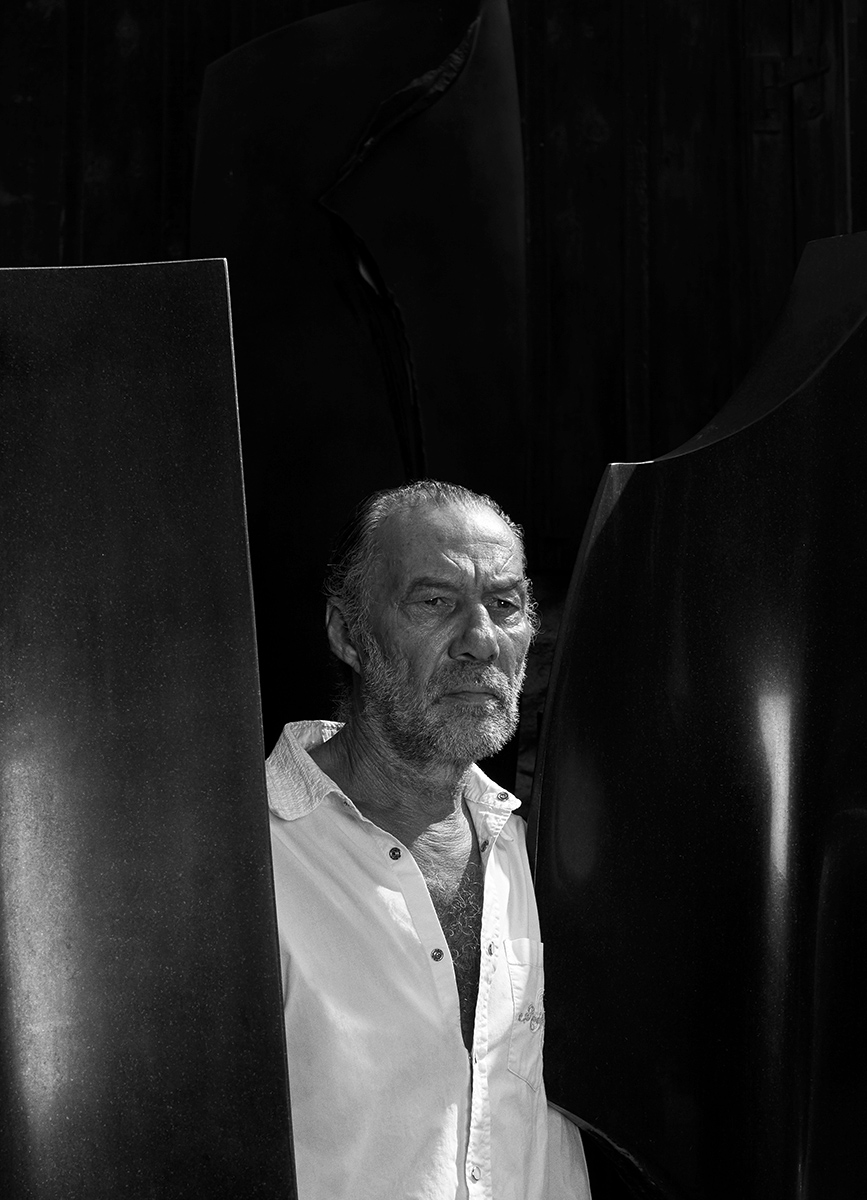 André Raboud was born in Strasbourg, France in 1949 and raised in Monthey, Switzerland. In 1969 he had his first sculpture exhibition at the Galerie de la Salle in the center of Monthey.

Raboud is regularly inspired by his daily encounters and by his discoveries while traveling. Through his fascination and knowledge of geological formations, Raboud has a deep respect for the process of carving stone and the material itself.

In 1979, he celebrated his tenth anniversary of sculpting by organizing an outdoor group show at the Tour de Duin Park in Bex, Switzerland. Research of reclining funerary figures, sacred places, and rites of passage followed. While in Japan in the early 1990s, Raboud visited the Museum of the Atomic Bomb in Hiroshima. He was deeply affected by the horrors of the event and was inspired to create a series of sculptures in lava and serpentine. He then turned towards a more intimate and silent sculpture.

He returned to the Tour de Duin Park in 1999 for a large solo exhibition, which was highly reviewed by numerous prestigious publications. Today, Raboud’s large-scale sculptures are carved from black granite found in India and Africa. His inspiration has been increasingly focused on the theme of lovers. Raboud’s sculptures can been seen throughout the world, most notably in the South of France, Monthey, Switzerland and New York City.