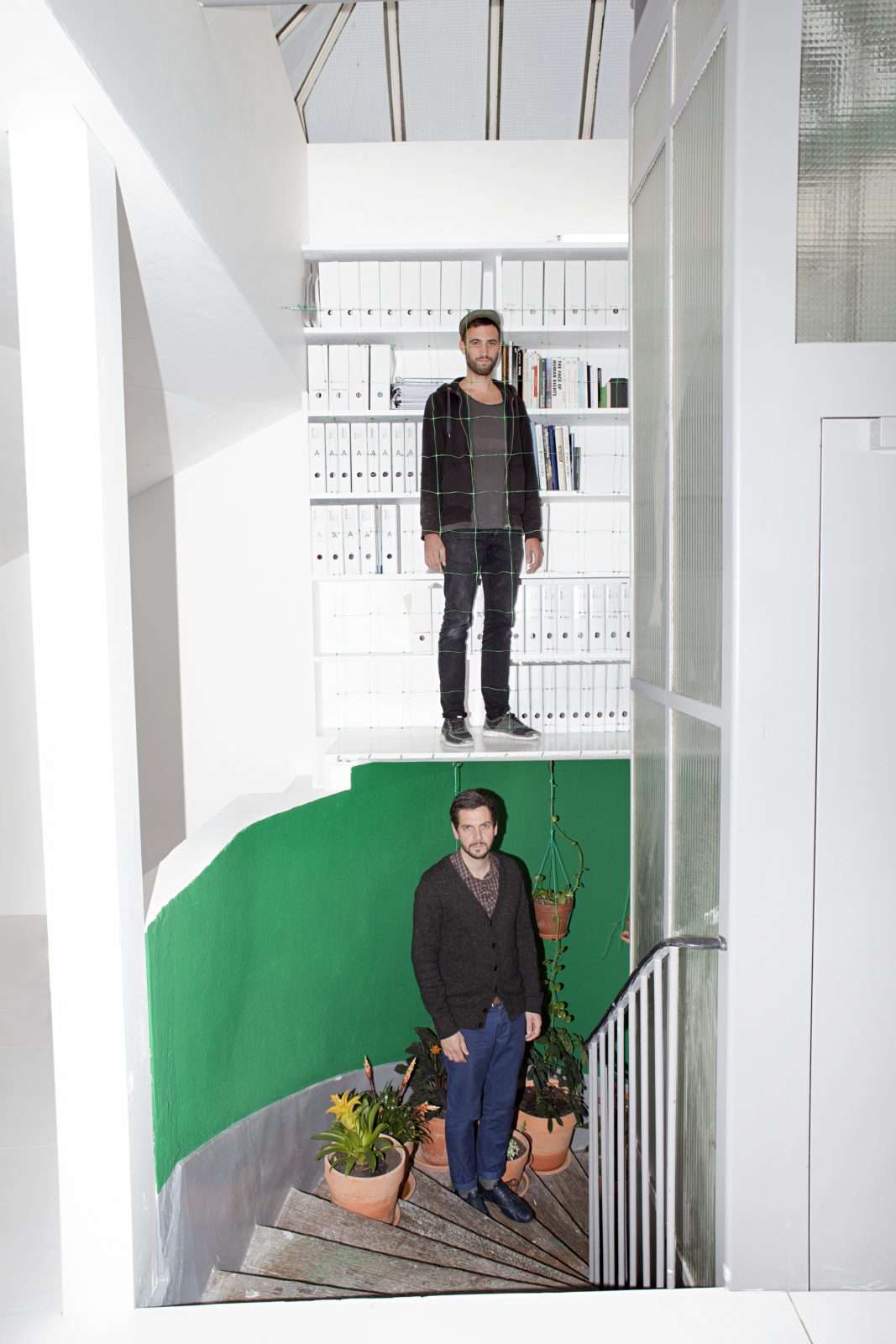 Architecture
Switzerland and Spain
Based in Portugal and Switzerland
Website

From 2012-2017, BUREAU A was the association of Leopold Banchini and Daniel Zamarbide. Architects by training, BUREAU A was a multidisciplinary platform aiming to blur the boundaries of research and project making on architectural related subjects, whichever their nature and status.

BUREAU A was profoundly rooted in architectural culture and history, understood as a vast field of exploration related to construction and installation of environments for specific purposes. The bureau expanded its activities to a large diversity of programs ranging from architecture and landscape design to scenography, installations, or self-constructed initiatives. It developed a specific interest in public spaces and political issues; how design and architecture can possibly confront them is at the heart of the interrogations cultivated by the bureau.

After an architecture degree at the Glasgow School of Art, Leopold Banchini received his diploma at the Swiss Federal Institute of Technology (EPFL). Following the theme of his master theses on the Rikers Island prison, he published a series of critical articles and books on the penal system and its growing built environment. Having worked for Lot-ek architects in New York and Atelier van Lieshout in Rotterdam, with whom he conducted the Arsch Bar project at Art Basel, Leopold Banchini moved to Barcelona to work with B720 Arquitectos. There he started his own practice with a first housing project, Studio 415. Back in Geneva, he worked on numerous competitions with Group8 Architectes and joined the LAPA EPFL teaching team in 2009. His first practice, 1to100, was equally interested in art, architecture and social issues. It has been lately producing work for the Archizoom and Mackintosh gallery in Lausanne, the Milan Design Fair, the Musée du quaiBranly in Paris and the Venice Architectural Biennale. This last exhibition, RECLAIM has been awarded the Venice Golden Lion. Aside from its practice, Leopold Banchini is currently a professor at the Geneva University of Art and Design (HEAD).

Daniel zamarbide obtains his master degree at the Institut d’Architecture de l’Université de Genève (IAUG) in 1999. During his studies he followed the workshops of Christian Marclay, Philippe Parreno and Catherine Queloz at the Ecole Supérieure des Beauy Arts in Geneva. In the year 2000 he becomes one of the founding members of group8, an architectural practice that has acquired an important national and international recognition. Group8 has been granted with numerous awards through their involvement in competitions in Switzerland and abroad.

Daniel Zamarbide has developed through the years a particular interest in the protean aspects of his discipline and nourishes his work and research through other domains like philosophy, applied and visual arts as well as cinema. As a guest lecturer and jury he has been invited at a diversity of international schools and institutions like the Centre Culturel Suisse in Paris (France), the Barlett School of Architecture in London (UK), House of Architects in Kiev (Ukraine), Architecture Forum in Zurich and Bienne (CH), Ecole d’Art Cantonal in Lausanne (ECAL), AICO Architectural Congress in Oporto (Portugal) and has directed students workshops in Ukraine (Canactions Youth Festival 2010) and Italy (FestArch 201, Terni).

Since 2003 his interest in research and education has led him to be invited as an assistant professor in the Polytechnical Federal School in Lausanne within the teaching team of Jean-Marc Ibos and Myrto Vitart and after several intervention as a guest professor at the Geneva University of Art and Design he was appointed professor in 2010 where he has been able to officialise his view of a peripheral manner of looking into the architectural culture. The researches and workshops carried out at the HEAD are now a full and integrated part of his practise. Among his activities he was responsible of the conception and realisation of the pavilion representing the HEAD in the Milan Design Fair of 2010. During 10 years spent at the group8, he has been one of the key partners leading projects in relation with art: performance in the Art Gallery Attitudes in 2010, the WEPH project for Wallpaper magazine in 2011, research project for Dubai for Bidoun magazine and more recently a pavilion for the GRÜ theatre in 2011, Nuit Blanches installation for the Centre Culturel Suisse in Paris and the on-going artistic intervention for the TT3 tramway in Paris in collaboration with John Armleder. In 2009 group8 was invited to present and expose a project for the 50th anniversary of the Guggenheim Museum in New York and in 2010 he led the installation of group8 for the Swiss Art Awards. In 2012, after 10 year of intensive and engaged work at the group8 he has left his founding office to start a new practice with Leopold Banchini. In the continuity of his more personal preoccupations the new practice, the BUREAU A will invest a wide range of projects related to architecture, visual and applied arts.