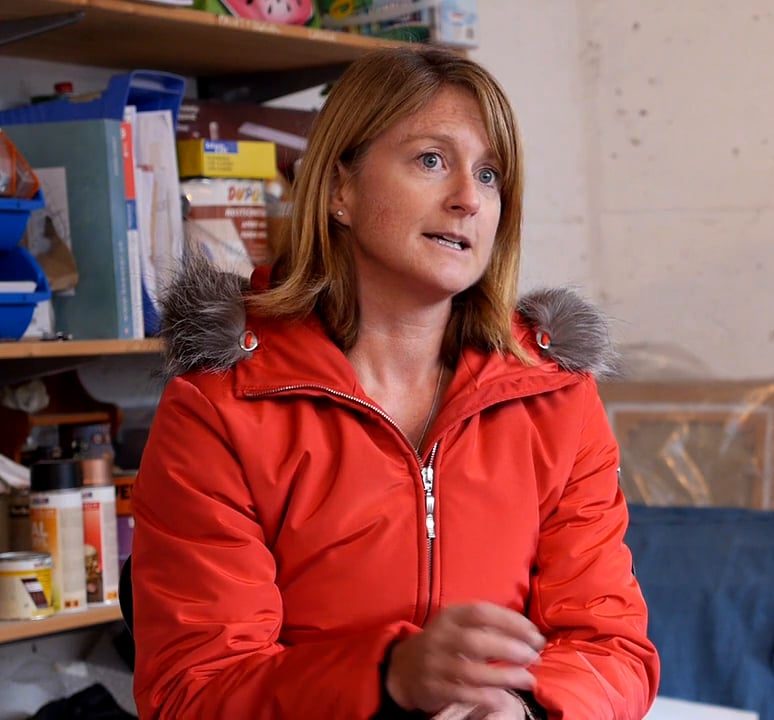 Kiki Thompson was born in Geneva, Switzerland. She spent the formative years of her life in New York and then studied Art and French at Anglia Ruskin University in Cambridge, UK.

Inspired by the rugged mountains of the Alps, she segued into a short career as a professional snowboarder following the World Cup Circuit and chasing winter between hemispheres. Many of her sculptures have the same sinuous lines that are left on the mountain after a fresh snowfall.

Touching a wide variety of materials and seeking fluidity of form, Thompson is most interested in the mind filling in what the eye can’t see.

Kiki has exhibited in Switzerland, New Zealand, New York, California and London. Her artwork appears in prominent public collections, including public sculptures in the Waitakaruru Sculpture Park in New Zealand and in Le Chable, Switzerland, as well as in notable private collections worldwide. One of her sculptures was recently purchased to be part of the permanent collection of the Musée Cantonale des Beaux-Arts in Sion, Switzerland.

In 1991, she worked on Christo’s Umbrella’s Project in California. This experience made her realize that dreams can be achieved on a large scale.  After a conversation with Madeleine Paternot at the School of Visual Arts, Public Art (New York) summer residency program in 2010, she became Co-founder of the Verbier 3-D Sculpture Park Residency and was a participating artist in its first edition in 2011. She lives and works in Verbier, Switzerland.