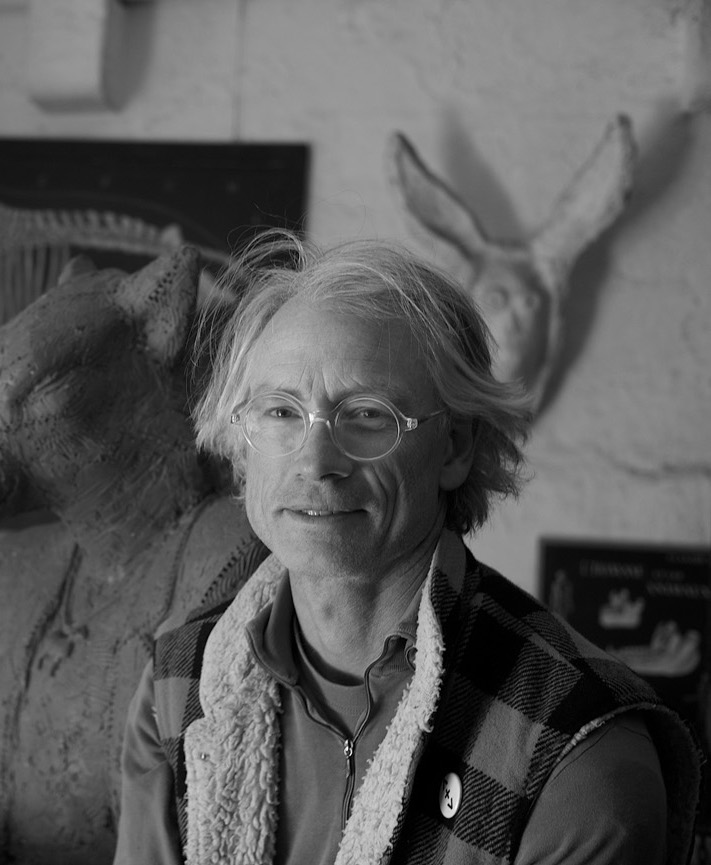 Nikola Zaric was born in 1961 in Martigny, of a Swiss mother and a Serb father. After four years spent in Yugoslavia, the family immigrated to Holland before settling back in Switzerland. In 1993 he graduated from the Geneva Art School after achieving a degree in Forestry Sciences in Zurich. Meanwhile, he spent half a century of summer and winter holidays in Verbier, forging a strong link to the mountain environment.

Zaric’s sculptures fuse humans and animals into each other. They appear as ancestral hieratic characters, yet with an intriguing spirit both classical and contemporary. The structured surfaces of his work along with the traces of the mould allows the observer to experience the ‘work in progress’ that was needed for the sculpture and the polychrome patinas give his work a sense of eternity.