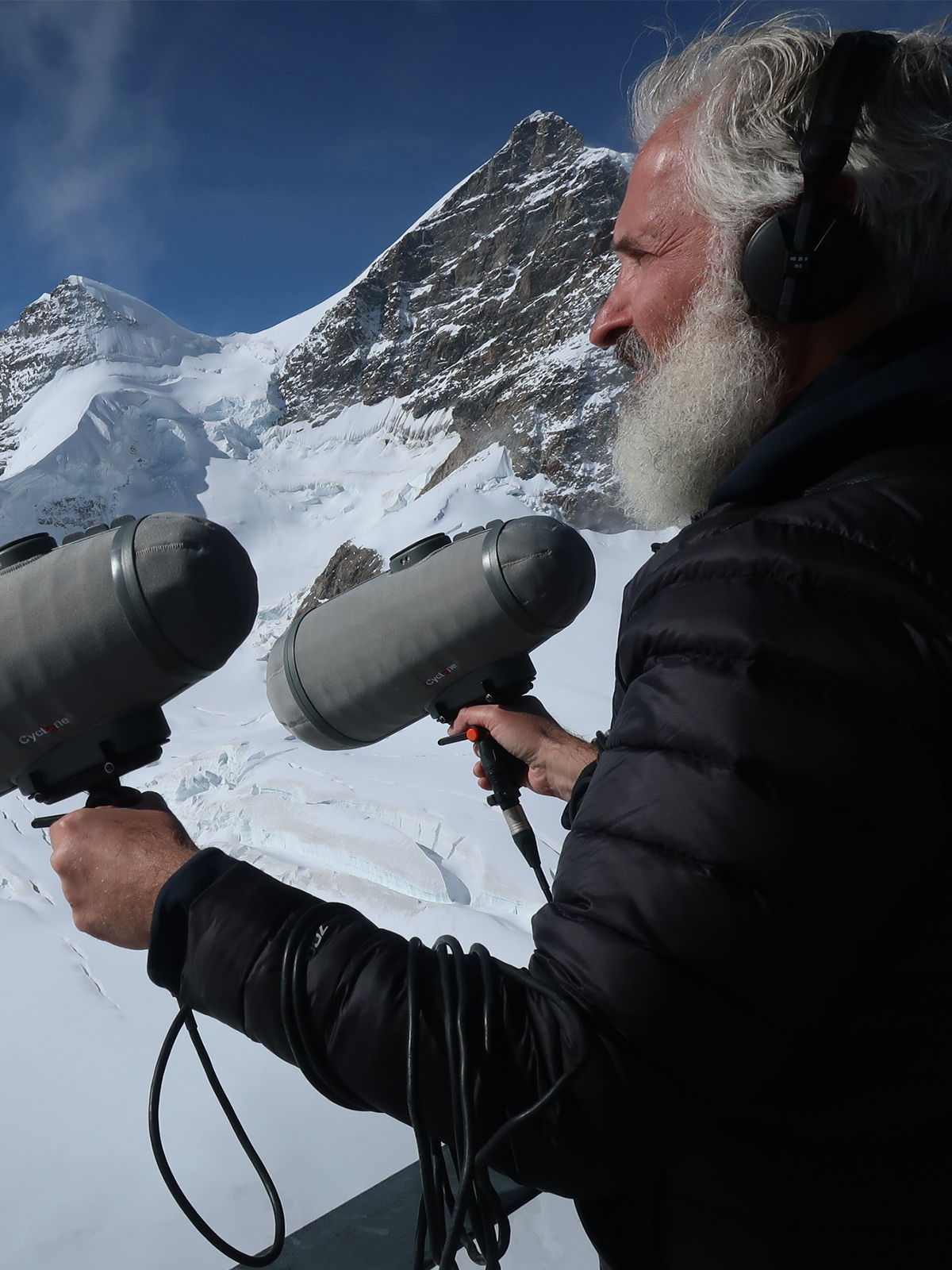 Philip Samartzis is a sound artist, scholar and curator with a specific interest in the social and environmental conditions informing remote wilderness regions and their communities. His ‘eco-acoustic’ compositional practice is based on deep fieldwork in which he deploys sensitive recording devices to capture a range of phenomena occurring at the margins of our planet. A place where technology and science meet music and art to reveal environmental issues.

He has exhibited and performed widely including presentations at The Cartier Foundation for Contemporary Art, Paris (2001); The Andy Warhol Museum, Pittsburgh (2002); San Francisco Museum of Modern Art (2002); The Mori Arts Centre, Tokyo (2003); The Sydney Opera House (2004); The National Taiwan Museum of Fine Arts, Taichung (2007); The National Center for Contemporary Art, Moscow (2009); The Art Gallery of South Australia (2012); The National Gallery of Victoria (2013); The Merz Foundation, Turin (2016); and The InterCommunication Centre (ICC) Gallery, Tokyo (2019).

Samartzis is the recipient of three Australian Antarctic Territory Fellowships which he is using to produce a sound map of the Australian Antarctic Territory comprising four research stations and two vessels operating in Eastern Antarctica and the Southern Ocean. The sound map spans twelve years and incorporates natural, anthropogenic, atmospheric and geophysical phenomena to provide new encounters and experiences of Antarctica through its unique soundscape. In 2014 France Culture, INA-GRM and ABC Radio National commissioned a work for radio titled Antarctica, An Absent Presence based on the Thames & Hudson book (2016).

Building on his Antarctic work, Samartzis was awarded a Swiss National Science Foundation Fellowship in 2019 to undertake sound recordings in and around the High Altitude Research Station at Jungfraujoch. His time in Switzerland resulted in his most recent project, Atmospheres and Disturbances, which is based on a sound map he has constructed of the effects of climate change at Jungfraujoch. The project is supported by Creative Victoria, the Swiss National Science Foundation, and the Institute of Computer Music and Sound Technology at the Zurich University of the Arts.

Samartzis researches in the areas of sound art, acoustic ecology and spatial sound practices, and was a chief investigator on two Australian Research Council funded projects, Designing Sound for Health and Wellbeing (2008-10), and Spatial Dialogues: Public Art and Climate Change (2011-13). He is the co-founder and artistic director of the Bogong Centre for Sound Culture, and is currently Associate Professor in Sound at the School of Art – RMIT University in Melbourne.