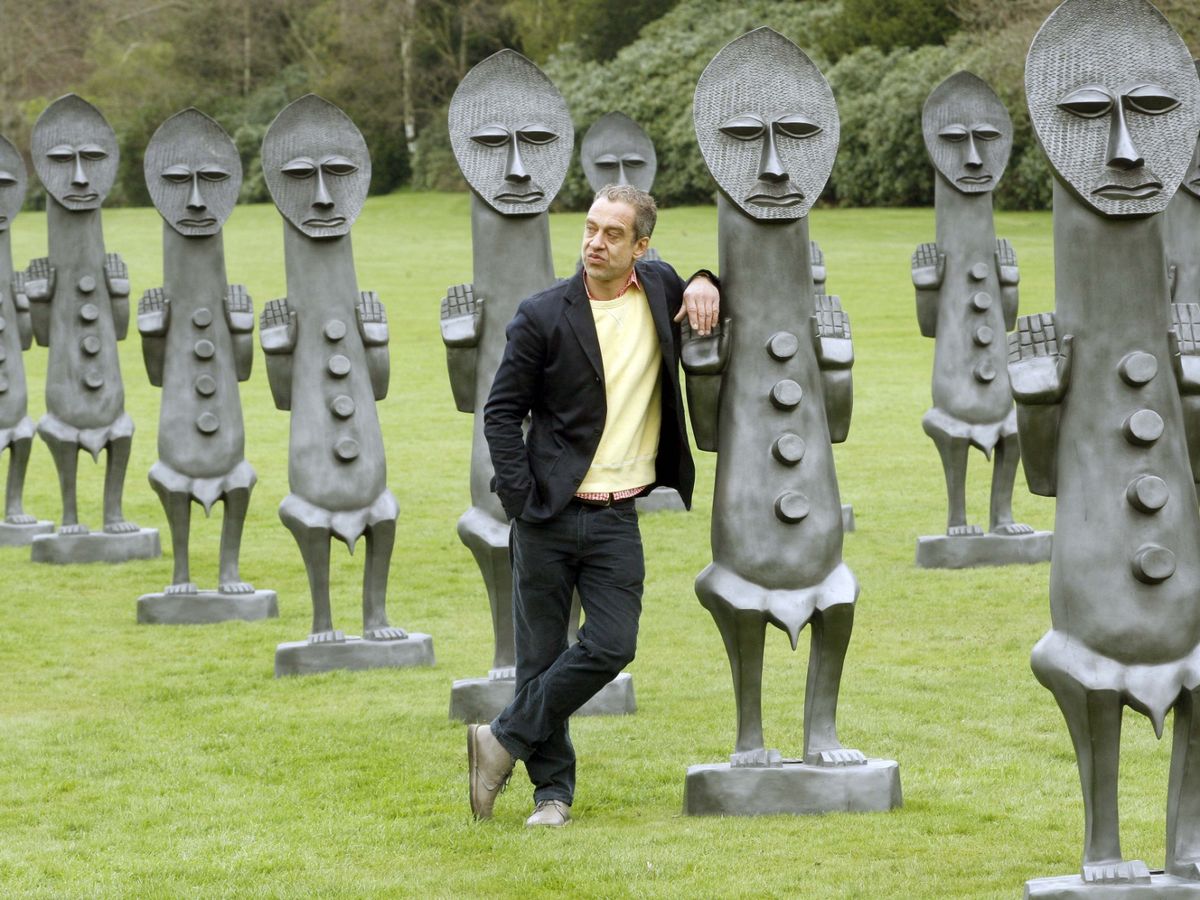 Zak Ové (b. 1966, London) graduated in 1987 with a BA in Film and Fine Art from the St. Martin’s School of Art, London. Today he works in sculpture, film, painting and photography, often collaging the various elements through his use of found, cast and recovered materials.

Ové’s interest is in reinterpreting lost culture and mythology using modern and antique materials, playing tribute to both spiritual and artistic African and Trinidadian identities, which have been given new meanings through the Trinidadian carnival – a mode of resistance - and the cross-cultural dispersion of ideas.

In 2014 Ové became the first Caribbean artist to be commissioned by the British Museum, with his pair of seven-metre high Moko Jumbie sculptures exhibited in the Great Court as part of the Celebrating Africa exhibition. They are now permanently installed in their Africa gallery.

The artist lives and works in London and Trinidad.