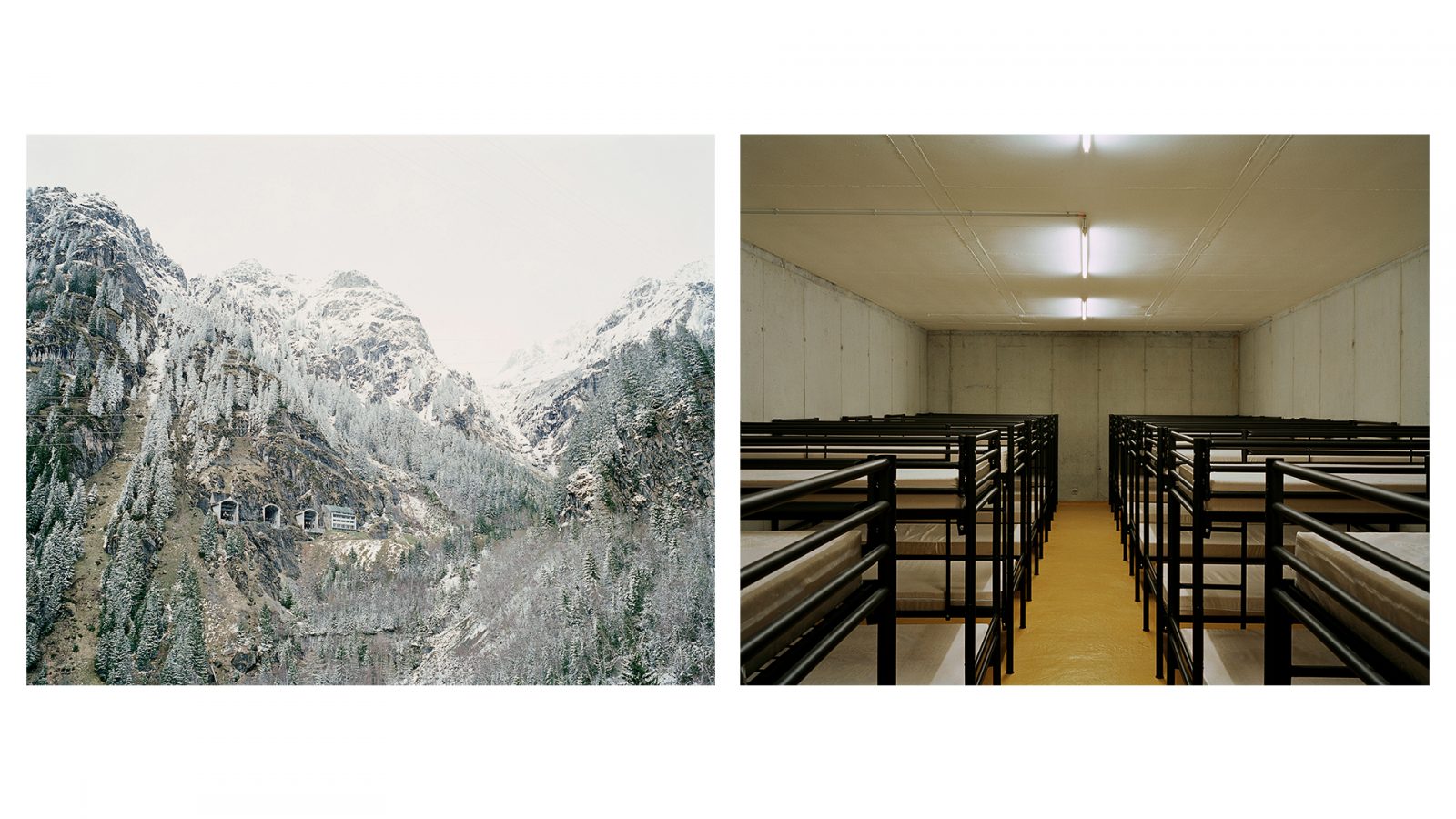 In Search of Frankenstein

In Search of Frankenstein is a series of photographic work that provides an artistic investigation of the complex issues of the current era of the Anthropocene. It raises questions that remain at the heart of contemporary concerns: the ethics of science, climate change, industrialization and the modern sublime.

Shot in the alpine landscape that inspired Mary Shelley's classic novel, Chloe Dewe Mathews’ photographic series 'In Search of Frankenstein' juxtaposes snow-covered mountains with a network of eerie subterranean bunkers, built in the 1960s to shelter the entire population of Switzerland in the event of a nuclear disaster.

The project was conceived during her residency when discovering that Shelley's manuscript was started during an unusual holiday on the shores of Lake Geneva. The ominously wet weather conditions of 1816 - the ‘Year without Summer’ - forced Shelley and her companions to stay indoors day after day, dreaming up ghost stories, from which Frankenstein's monster emerged.

Dewe Mathews photographed the region that had inspired the eighteen-year-old author, exploring miles of underground corridors and vast melting glaciers that seemed to offer parallels between Shelley's prophetic socio-environmental concerns and the anxieties of our time. 'In Search of Frankenstein' presents a contemporary sublime, which affords this monumental piece of literature fresh resonance, two hundred years after it was first published.

During 2018 the exhibition 'In Search of Frankenstein' toured from the British Library, London, to Impressions Gallery, Bradford and Guernsey Museums.

The artist book 'In Search of Frankenstein – Mary Shelley’s Nightmare' was published by Kodoji Press in 2018. The book combines Dewe Mathews’ photographs with reproductions of the Geneva Notebook: the first half of Mary Shelley’s original manuscript. It was shortlisted for the Photo Text Book Award at the Rencontres d'Arles.