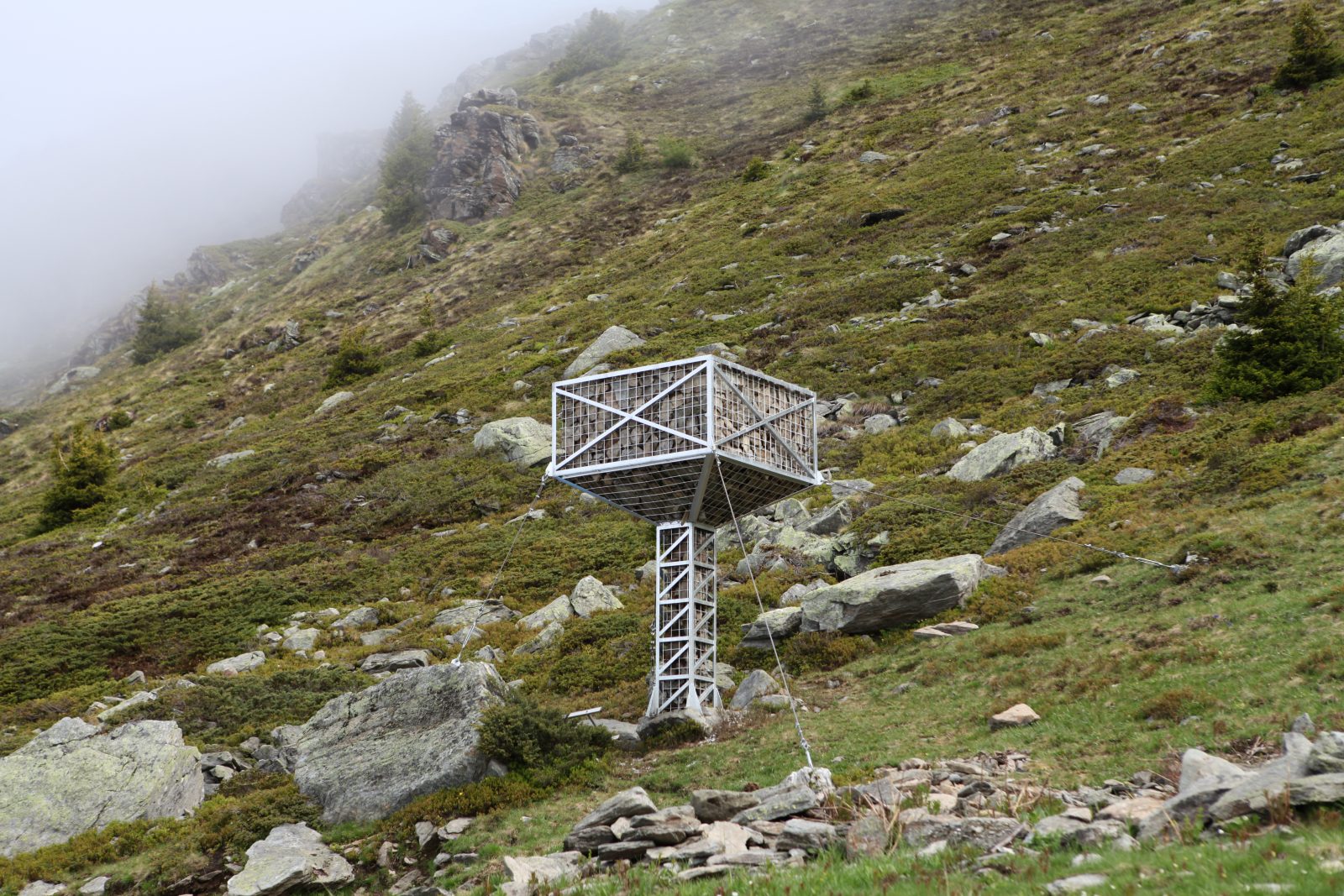 I don’t see myself as the only author of my works, but as a catalyst between the forces of nature and the logics of material.

The title PILIER ERRATIQUE takes inspiration from the geology term bloc erratique, which is a piece of rock carried by glacial ice to a specific location that differs from the size and type of rock native to the area in which it rests. Working with local geologists and scientists, the artist discovered these rocks throughout the area that are now part of the landscape and hosting native flora by protecting it from erosion and human impact.

The sculpture’s form refers to Swiss engineer Robert Maillart’s and later Frank Lloyd Wright’s mushroom columns, which were also found throughout the area in man-made structures. Inspired by a tree’s natural structural strength, these columns remain one of the most remarkable designs in 20th century architecture allowing for maximum support with minimal space utilization.

Födinger envisioned a man-made form that echoes the contemporary environment of both the natural and unnatural systems in the area, while offering the notion of balance and the possibilities of the synthesization of man and nature in architecture.

PILIER ERRATIQUE is a site specific sculpture that adapts the materials found in its immediate vicinity such as steel, rock and soil. Referring to the surrounding infrastructural objects like power poles and ski lifts, the work becomes a gift offered back to nature suggesting a considerate approach to growth in the area

Olaf Breuning
Save the Climate!, 2017