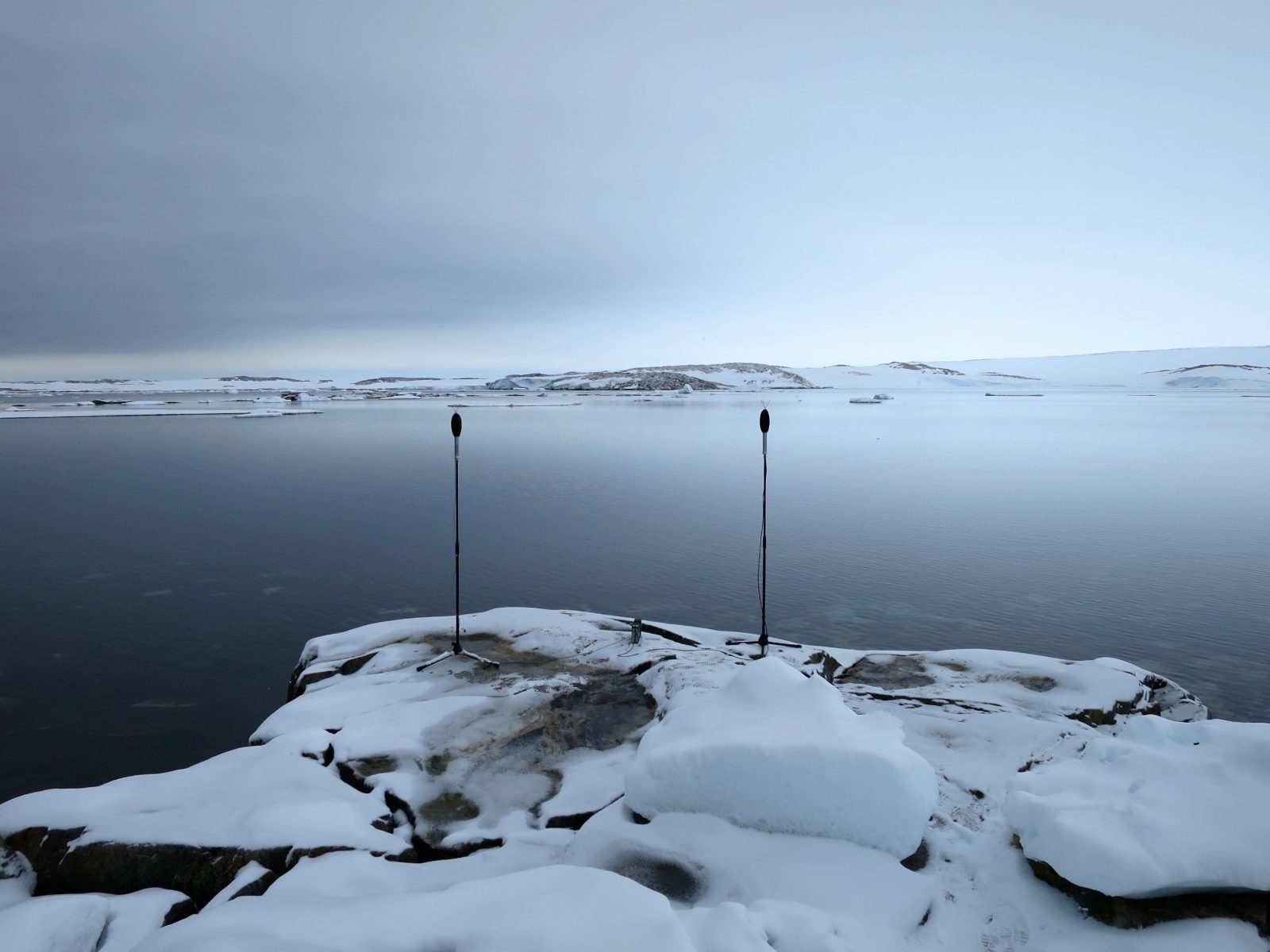 The Verbier 3-D Foundation has invited sound artist Philip Samartzis to develop a project utilising the practice of Eco Acoustics to consider the importance of listening to WATER - as a means towards a better understanding of the complex environmental changes facing our planet.

Eco Acoustics is an emerging interdisciplinary science that investigates natural and anthropogenic sounds and their relationship with the environment over a wide range of study scales, both spatial and temporal, including  populations, communities, and landscapes.

As musician and philosopher David Rothenberg points out, “[t]hose of us who want our species to pay more attention to the environment will not achieve our goal by only stating scary facts and harbouring inadequate feelings of guilt at the damage we have wrought.”

Sound can play a major role in raising awareness of these issues, in stimulating thoughts and feelings relating to them, and, most crucially, in helping us to conceive creative solutions.

Philip Samartzis is a sound artist, scholar and curator with a specific interest in the social and environmental conditions informing remote wilderness regions and their communities. His art practice is based on deep fieldwork where he deploys complex sound recording technology to capture natural, anthropogenic and geophysical forces. The recordings are used within various exhibition, performance and publication outcomes to demonstrate the transformative effects of sound within a fine art context. He is particularly interested in concepts of perception, immersion and embodiment in order to provide audiences with sophisticated encounters of space and place. Philip is an Associate Professor within RMIT School of Art, and the artistic director of the Bogong Centre for Sound Culture.

Philip is the recipient of three Australian Antarctic Division Fellowships (2009, 2015 & 2020), which he is using to document the effects of extreme climate and weather events in Eastern Antarctica, Macquarie Island, and on the research vessels RSV Aurora Australis and RSV Nuyina. His Antarctic works have been incorporated into the National Archives of Australia’s Traversing Antarctica: The Australian Experience (2011-14); Polar South: Art in Antarctica, Muntref Museum in Buenos Aires (2011); the 11th International Symposium on Antarctic Earth Sciences in Edinburgh (2011); Antarctica: Five Responses, Art Gallery of South Australia (2020); and Site and Sound: Sonic Art as ecological practice, McClelland Sculpture Park and Gallery (2021). In 2014 France Culture and ABC Radio National commissioned a one-hour composition titled Antarctica, An Absent Presence based on the book he produced for Thames & Hudson Australia (2016). In 2017 Philip produced A Surrender to Wind in 9 Parts for France Culture focusing on the geophysical effects of wind on wilderness areas including Antarctica and sub-Antarctica. Recent Antarctic exhibitions include Super Field (2018) produced in collaboration with architects Baracco+Wright for RMIT Gallery; Floe produced in collaboration with architect Roland Snooks for the National Gallery of Victoria’s Triennial Extra (2018); and Polar Force (2018), a collaboration with Speak Percussion that received a Honorary Mention in the 2019 edition of Prix Ars Electronica for the Digital Musics and Sound Art category. Philip's latest polar project The Blizzard premiered at NGV Melbourne Design Week 2021.

Philip’s most recent project is Atmospheres and Disturbances which is based on a sound map he has constructed of the effects of climate change on the High Altitude Research Station at Jungfraujoch. The project is supported by Creative Victoria, the Swiss National Science Foundation, and the Institute of Computer Music and Sound Technology at the Zurich University of the Arts. Atmospheres and Disturbances will feature in Sampling the Future curated by the National Gallery of Victoria surveying the way art, design and architecture is responding to the effects of climate change. The exhibition opens in August 2021 at the NGV Australia.