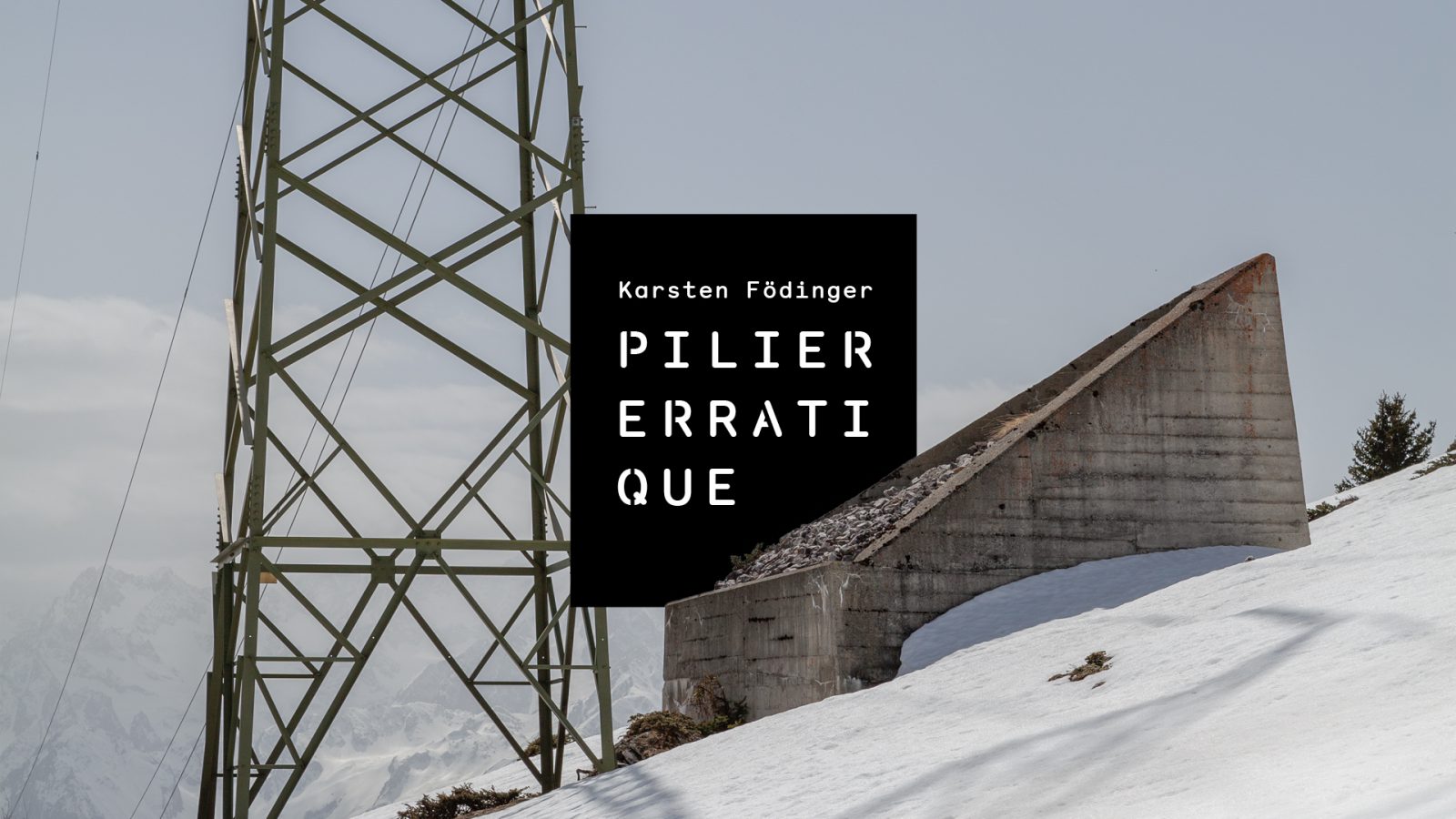 I don’t see myself as the only author of my works, but as a catalyst between the forces of nature and the logics of material.

The Verbier 3-D Foundation presents PILIER ERRATIQUE, a new site-specific sculptural work by German artist Karsten Födinger. The artist was invited to live for one month in Verbier, Switzerland to become immersed in the local glacial environment to develop new work responding to current debates around climate and the effects of the present-day period of amplified global warming – the Anthropocene.

Födinger’s practice is rooted in a detailed examination of a place before developing a sculpture that merges with local materials and methodologies into a cohesive form. The artist related his residency experience to that of a mountain climber or explorer – entering the unknown, observing the rocks, looking for a route, trying to find out where nature allows access and proceeding with caution and respect.

The title PILIER ERRATIQUE takes inspiration from the geology term bloc erratique, which is a piece of rock carried by glacial ice to a specific location that differs from the size and type of rock native to the area in which it rests. Working with local geologists and scientists, the artist discovered these rocks throughout the area that are now part of the landscape and hosting native flora by protecting it from erosion and human impact.

The sculpture’s form refers to Swiss engineer Robert Maillart’s and later Frank Lloyd Wright’s mushroom columns, which were also found throughout the area in man-made structures. Inspired by a tree’s natural structural strength, these columns remain one of the most remarkable designs in 20th century architecture allowing for maximum support with minimal space utilization.

Födinger envisioned a man-made form that echoes the contemporary environment of both the natural and unnatural systems in the area, while offering the notion of balance and the possibilities of the synthesization of man and nature in architecture.

PILIER ERRATIQUE is a site specific sculpture that adapts the materials found in its immediate vicinity such as steel, rock and soil. Referring to the surrounding infrastructural objects like power poles and ski lifts, the work becomes a gift offered back to nature suggesting a considerate approach to growth in the area.

This year is a continuation of a 5-year initiative launched in 2016 by the Foundation that brings together artists, locals and scientists to chronicle the impact of the surrounding glacial environment in Bagnes, Switzerland. Their insights are captured in photography, sculpture and multimedia residencies, alongside research, exhibitions and public education programmes.

The residency and education programme have been developed with curators Alexa Jeanne Kusber and Paul Goodwin.

There is an accompanying photographic 5km walk from La Chaux to Ruinettes as a visual journey into Karsten Födinger’s influences and artistic practice for developing the work. Images provided by the artist and local photographer Melody Sky.