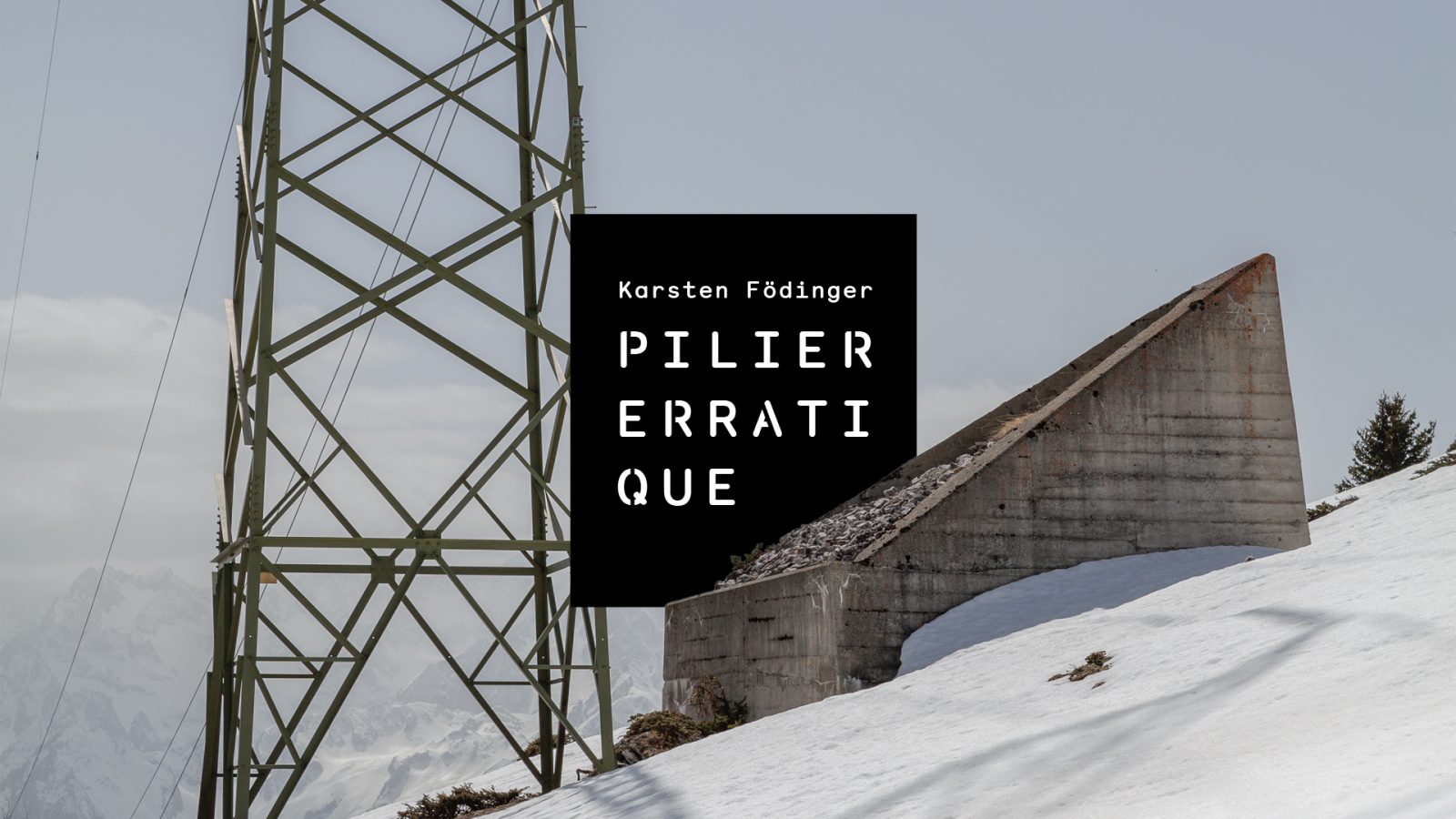 Realized through the engineering or construction techniques, the oeuvre of Födinger brings forth the role of the mechanics as a constitutional element of sculpture­. His work reminds the viewer that it is such a genre that rigidly follows the law of physics. The architectonical fundamentals, such as the cantilever, the avalanche breaker, or the riverside reinforcements, are utilized as a language for one to reflect on the climatic, geographical uncertainties that grounds and un-grounds the current planetary condition.

The artist will be invited to consider the idea of reconstruction in relation to the aftermath of local destructive climatic events, such as the Giétroz Castrophe.

Birthing from the ‘Year Without Summer’, which belongs to a three-year period of severe climate deterioration of global scale starting in 1815 after the eruption of Mount Tambora, unforeseen chaotic and chilling weather caused many glaciers in Switzerland to increase in mass. The Giétroz Glacier in the Verbier region had advanced and loomed over the valley before continuous falling ice and avalanches caused a flood that swept through the Bagnes valley destroying everything in it’s path until Lake Geneva.

The Giétroz Catastrophe is one of the most famous and most disastrous historical events in the Swiss Alps related to climate change. Its folklore is embedded in the local history of the surrounding areas and recently resurrected due to it’s 200th anniversary.

During the residency, this historic event becomes fused with current debates on effects of the present-day period of amplified global warming – the Anthropocene.

The artist lived in Verbier for one month to develop new sculptural work related to these conversations.

Födinger’s practice is rooted in a detailed examination of a place before developing a sculpture that merges with local materials and methodologies into a cohesive form. The artist related his residency experience to that of a mountain climber or explorer – entering the unknown, observing the rocks, looking for a route, trying to find out where nature allows access and proceeding with caution and respect. 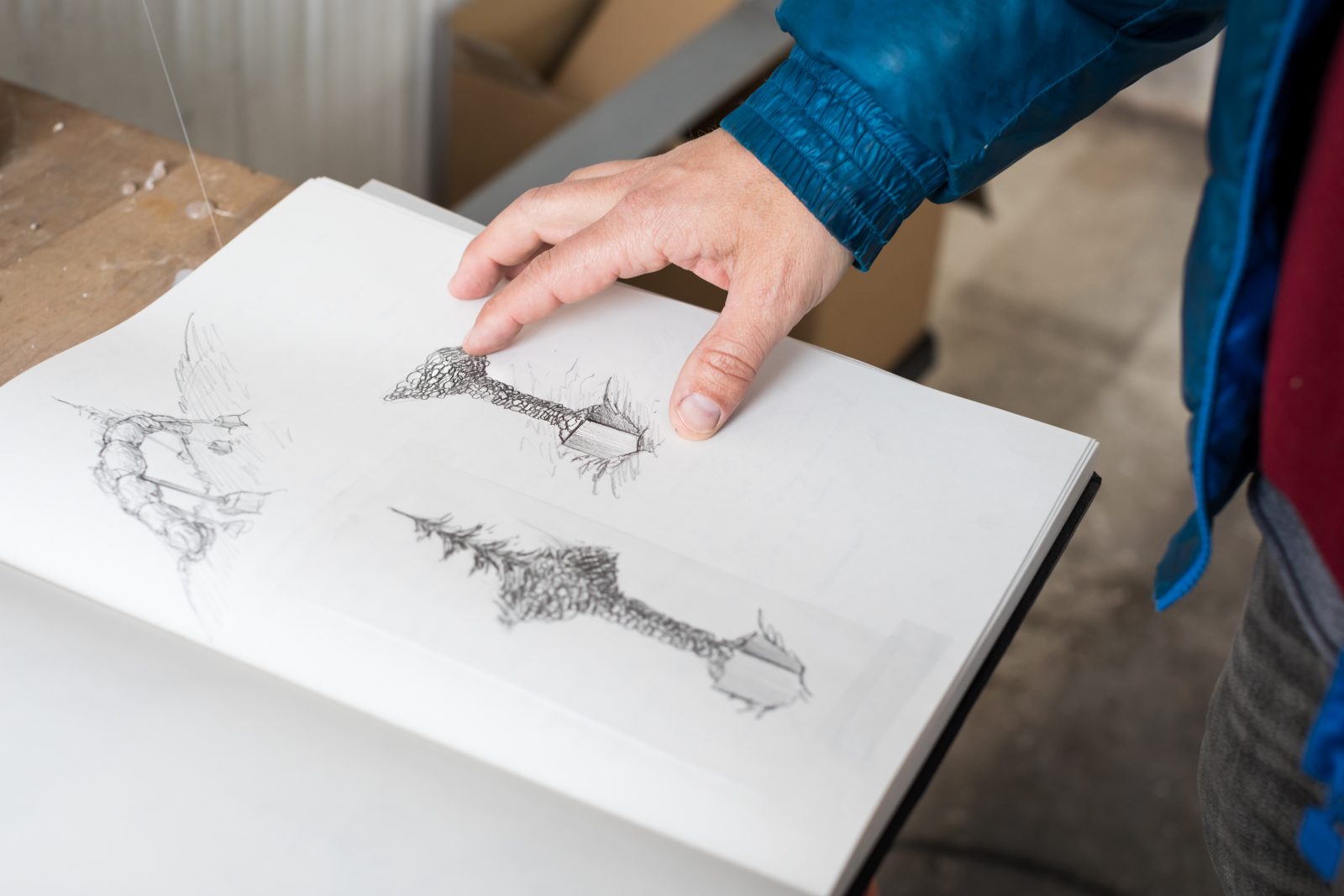 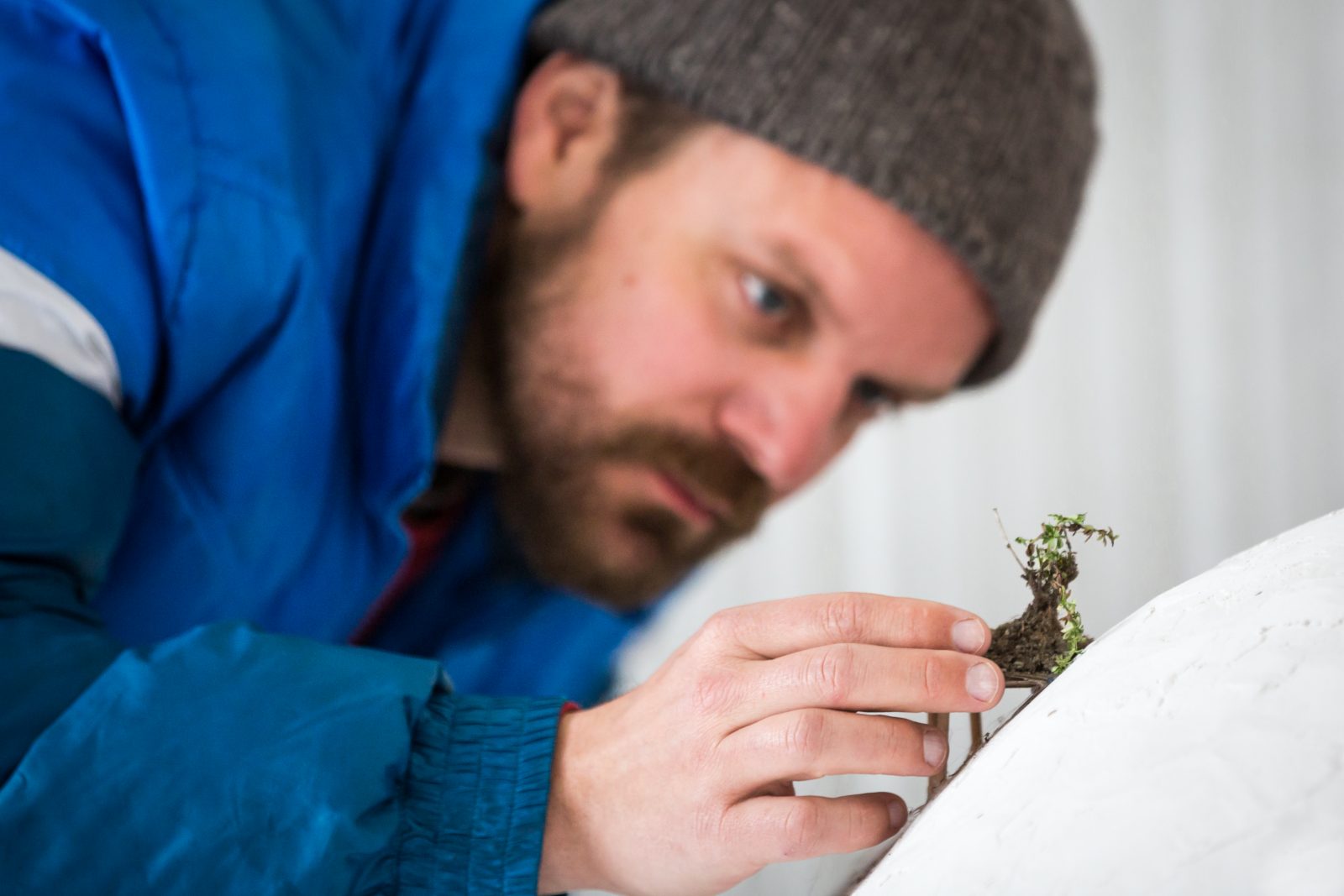 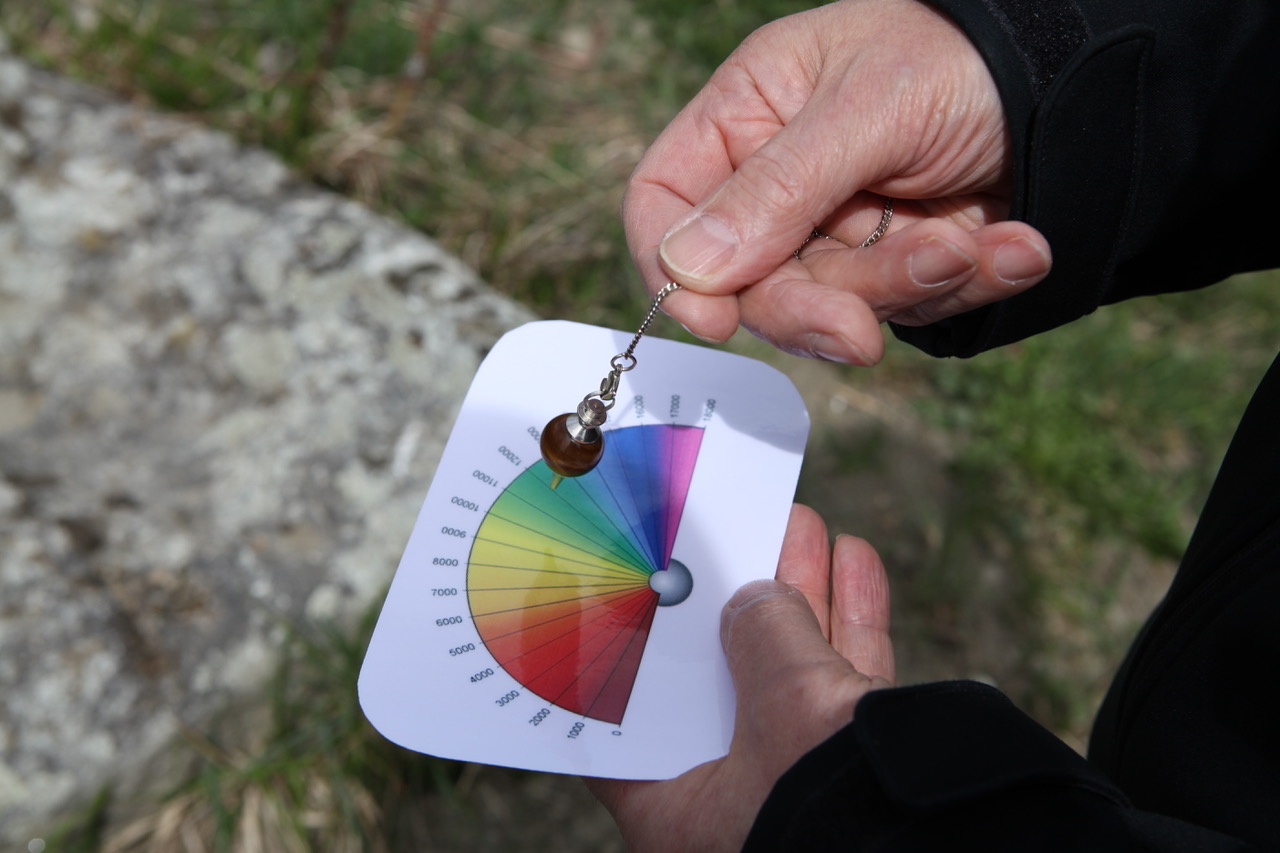 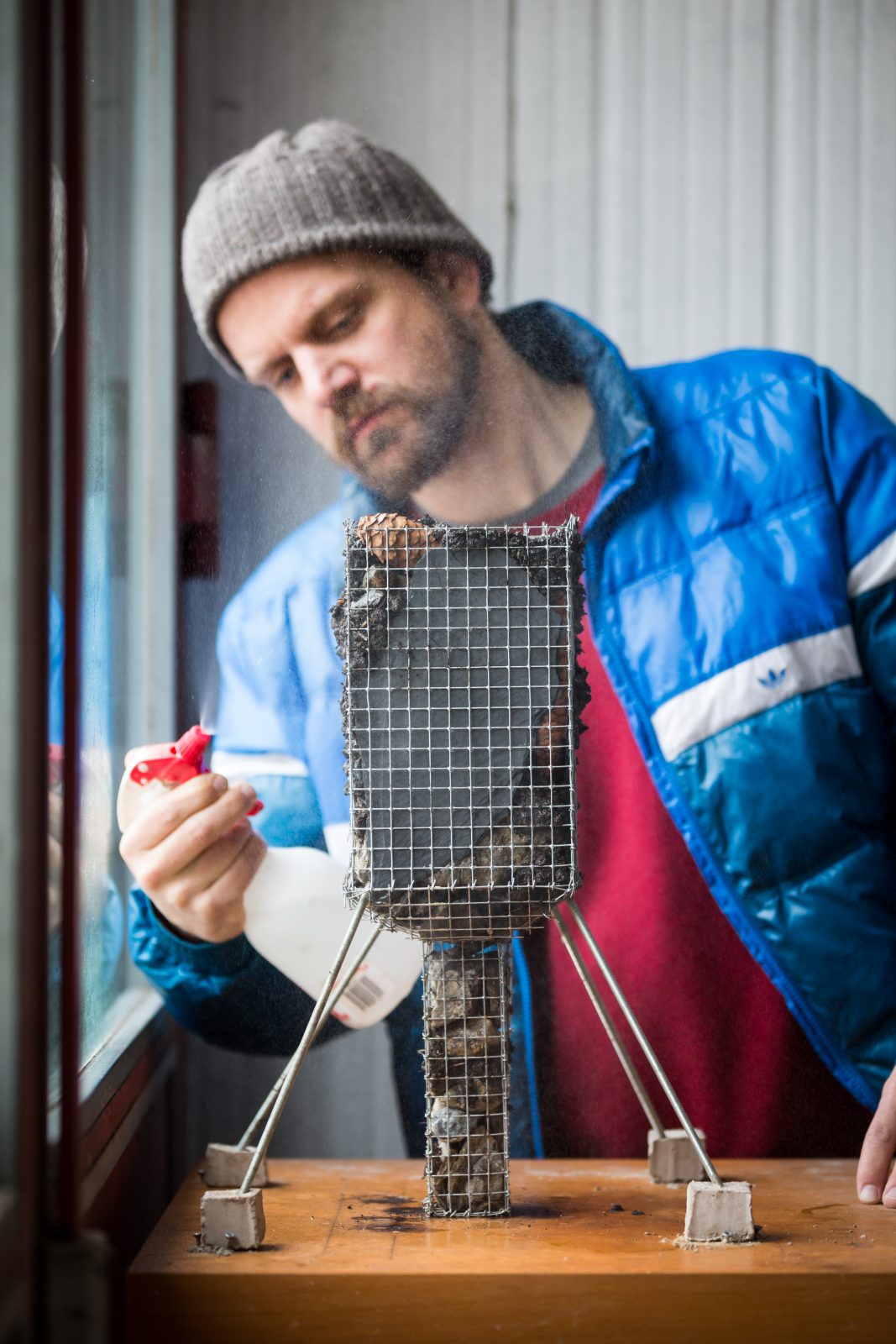 An accompanying photographic 5km walk from Croix de Coeur to Ruinettes was developed with the artist Karsten Födinger and curator Alexa Jeanne Kusber as a visual journey into the artist’s influences and artistic practice for developing the work during the residency.

This parallel exhibition acts as a background study for the public to further increase the understanding and to be able to engage deeper with the work in the Sculpture Park.

Images provided by the artist.