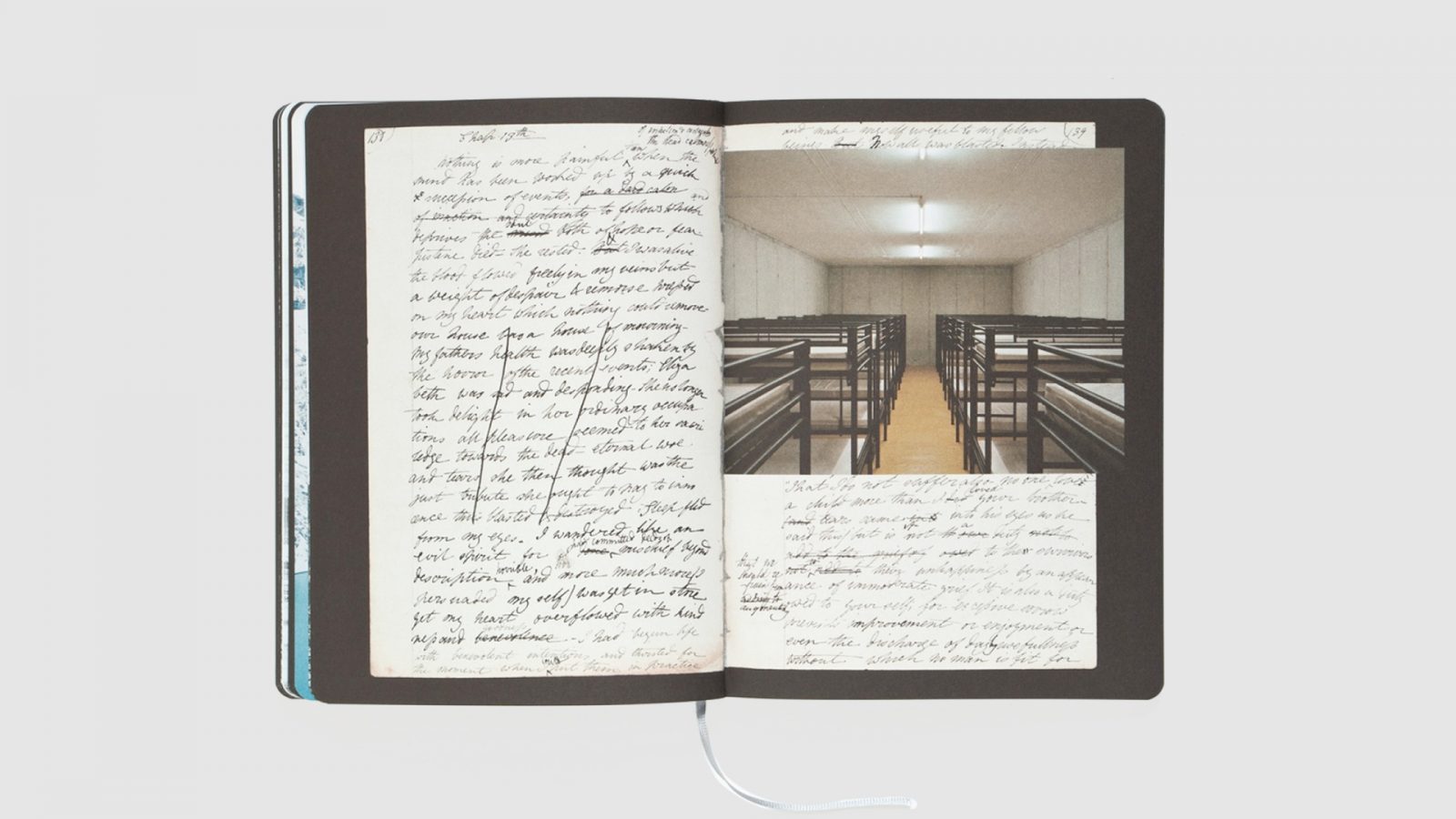 Shot during her Verbier 3-D Foundation 2016 artist residency in the alpine landscape that inspired Mary Shelley's classic novel, Frankenstein, Chloe Dewe Mathews’ photographic series juxtaposes snow-covered mountains with a network of eerie subterranean bunkers, built in the 1960s to shelter the entire population of Switzerland in the event of a nuclear disaster.

The artist book designed by Winfried Heininger (Kodoji Press) and commissioned by the Foundation, features Dewe Mathews' photographs alongside what s known as the Geneva Notebook, the first half of Shelley's original manuscript. The author's scrawled handwriting, with crossed-out words and inky additions, contrasts in its spirited energy to the stark mountains and human-made tunnels that bore through the landscape.

It was shortlisted for the Photo Text Book Award at the Rencontres d'Arles.